Instinct as a Source of Movement

Roberto Olivan forges dance from physicality, body power and technique, taking the body to extreme situations. His goal is to encourage loosing fear of moving in a specific context. The workshop is especially focused on generating dance material from our animal instincts and our own creativity. Moving efficiently becomes an important issue, but also working with gravity, the consciousness of inner sensations, such as breathing, and the visualisation of energy released by movement. This consciousness of body unites mind and physical structure relating it to spatial energies, to others and to oneself. In this sense, the body becomes a tool of projection for the physical and emotional flow. The force of mental images, such as lines and structures around and in the body, are used to define and help us better understand the body’s functionality and a language focused on speed and precision.

Roberto Olivan is an international creator, who started his training at the Institut del Teatre in Barcelona and P.A.R.T.S. in Brussels. He danced at Rosas dance company/Anne Teresa De Keersmaeker and performed under the direction of renowned directors such as Robert Wilson, Tom Jansen and Josse de Pauw. He created ROPA/Roberto Olivan Performing Arts, is the artistic director and founder of the Festival Deltebre Dansa and creates commissioned works for dance companies, universities, dance institutions and schools all over the world. In the recent years, he has been teaching workshops and has worked as a choreographer and performer in the film industry. He has been the artistic director of important cultural events, was on the jury at dance competitions and has received a.o. following awards: EFFE AWARD 2019-2010 for the creation of Festival Deltebre Dansa, Premi Nacional de Cultura 2014, Ciutat de Barcelona 2013, Sebastià Gasch FAD Awards Of Para- theatrical Arts 2012, Prix SACD de la Création Chorégraphique 2001 from the Société des Auteurs et Compositeurs Dramatiques. 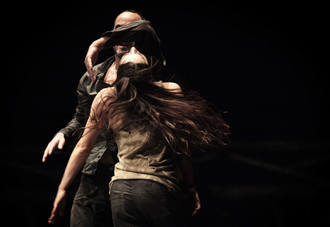