The contemporary dance class is divided into three moments: A beginning where we warm up with floor work exercises and improvisations to recognize the Push / Yield / Reach / Pull patterns. In a second face we work on the middle level where we focus on the relationship between the pelvis and other bases to train the awareness of the weight and its transmission. We play with the three levels, floor, middle and height, develop an improvisation where we understand spirals and create the awareness of the horizontal level, as the one that allows us to turn and rotate. From there we work with different choreographic materials that challenge our memory, the motor coordination and the agility to go out and enter the ground with different dynamics.

Felipe Fizkal, dancer and choreographer from Chile, received his Bachelor in Dance from the Chilean University. In 2011 he founded his own independent dance company "creativo Beso negro" 2011-2016, "Felipe Fizkal Dance Company" since 2016, for which he developed various dance projects such as "corvus corax" 2011, "Para que las perras ladren" 2013, "Airuyai" 2016, "Extincion" 2016-2017, "Los guerreros del hambre" 2018. Since 2014 he has been teaching as assistant in the BA programme at the University of Chile and for various teachers in national and international contexts such as Alena Arce (Chile/Brazil), Kenan Dinkelmann (Germany), Kitty Kings Dance Company (Switzerland). His main interest in teaching lies between the understanding of technique and interpretation and experimentation. Felipe has been working as a freelance artist based in Berlin since 2018. 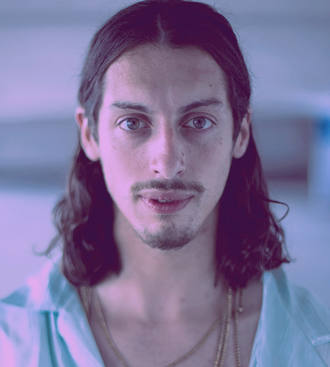