This workshop will focus on exploring the relationship between set material and improvisation. It is based on “There is a Name for It” a choreographic collaborative duet created by Judith Sánchez Ruíz and Edivaldo Ernesto made in 2012. We will learn technical phrase material to get into the style of the piece and to feel comfortable enough to be able to decompose it and improvise in structured group improvisations. Then we will experiment with taking spontaneous insights by digging deeper into essential movement qualities of the work, both individually and as a group. In this workshop you will have the opportunity to be original, vulnerable and creative, through very strong physical movement material and group improvisations, and to develop a sense of dynamic in space through practice and research. It aims at experienced movers that seek to challenge their approach to improvisation and develop as performers.
Video links „There is a Name for it“ : https://vimeo.com/95096747 https://vimeo.com/69087624 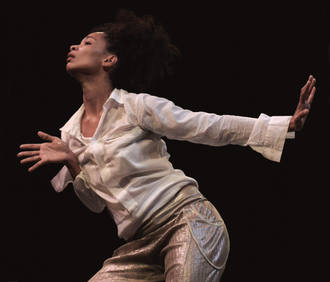