In 2013 Christina Ciupke and Igor Dobricic jointly initiated a research project entitled “(by)invitation“. It was experienced in a range of conceptual “choreographic“ situations in different venues and the audiences were invited both personally and publicly. Christina Ciupke’s new format “Editions” which prepares and deepens artistic collaborations throws up outlines for performative ideas and situations. For “Edition#1: to dance“ Christina Ciupke and the dramaturg Igor Dobricic now join forces once again in a modified and extended working process. 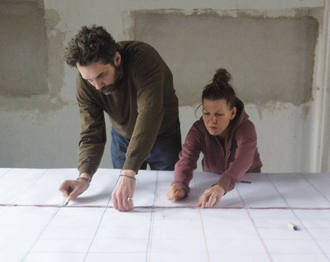