The music of Black Fanfare moves along two parallel currents. One touches a melodic and at times sweet inclination while following a rhythm that evokes the sound of an imaginary battle between percussive elements and a purely organic electro-acoustic sound. Demetrio Castellucci released a tape of new tracks, called “12 Heads” in 2014. He produced music for dance in several contexts and is co-founder of the performance group Dewey Dell, which has presented its work in different countries. 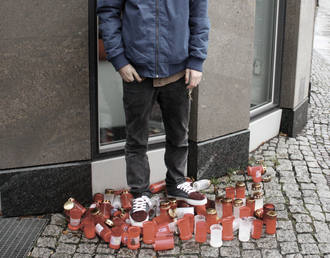