Let‘s talk about work (and life). How to work - now and in the future.

A series of talks with guests and their guests.

Studio 13 offers people in Berlin who are working in and around the area of contemporary performing arts a space to exchange ideas and opinions on artistic methods and major working areas. The working approach is illuminated and contextualised by the dialogue with a partner in four successive conversations.
The curators Silke Bake and Jacopo Lanteri invite a player of the performing arts field to enter into a conversation with a person of his choice. This person then invites a third person, who in turn finds a guest to continue the thread of conversations. The first conversation starts from an one’s own current area of working interest: this might take the form of an interview. After roughly half an hour the second person turns to the third guest and the dialogue develops further – all the way to a dialogue between the third and fourth person. The circle closes when the final person takes up the conversation thread once more with the first guest.

The names of the invited guests will be announced on our website two weeks before the event at the latest.

In the ticket price is a soup included. 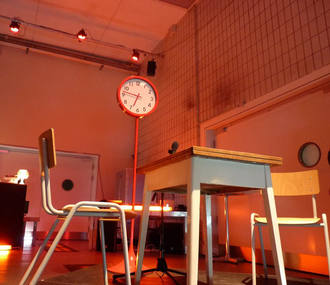