Andrew takes a “skills and spirit’ approach to teaching improvisation. We will engage in the skills of engagement necessary to find content from breath, voice, movement and the imagination and we will amplify these skills using the spirit of communication necessary to engage an audience. We will start with the movement and then add voice, breath and imagination. We will constantly explore the spirit of communication as a motivation for choice making. Through this process participants develop the skills of generating and shaping content whilst working between physical and vocal modes. We will also develop a specific form of feedback that will support us in performance. When combined, these elements form a reflective practice that Andrew believes is essential in the development of consistency in solo improvisational performance. Participants are encouraged to become their own editor in performance, using the skills of shifting their point of attention, developing texture and maintaining clarity.

Participants should also come expecting to enjoy themselves.

Andrew Morrish is a freelance performer, researcher, facilitator and teacher of improvisation working between Australia and Europe. He began improvising with Al Wunder's "Theatre of the Ordinary" in Melbourne Australia in 1982. In 1987 he formed "Trotman and Morrish" with Peter Trotman, another founding member of "Theatre of the Ordinary". They performed their unique improvisational duets extensively in Australia and the US until 1999, when Andrew moved to Sydney and began to develop his solo performing. He now performs and teaches improvisation and collaborates extensively in Australia and Europe. In 2014 he taught and performed in Melbourne, Perth, Sydney (Australia), Paris, Ladornac, Royaumont (France), Zurich (Switzerland), Berlin, Köln, Leipzig (Germany), Huddersfield, London, Bristol (U.K.), Tampere (Finland), Oslo (Norway), Poznan (Poland), Viljandi (Estonia), Stockholm (Sweden) and Hvar (Croatia). 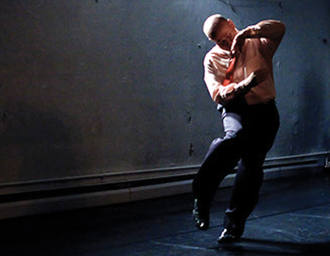