The End Of The Alphabet

Lea Moro explores the musical as a large format genre and whether it is possible to stage a musical as a solo performance. How can the opulence and spectacular features of this entertainment art be distilled into the format of a solo performance? What movement patterns, musical compositions and scenographic means can be found to do so? Here the frequently scorned virtuoso entertainment becomes a precarious, daring enterprise. The materials she uses to begin her research are Vivaldi’s baroque smash hit “The Four Seasons”, individual song chapters taken from classical music structures and sensationally surprising roller-skating movements. 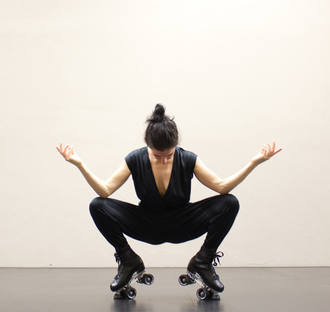