In two intensive working periods in April (4 days) and July 2016 (10 days), Judith Sânchez Ruíz, former member of Trisha Brown Dance Company (2006-2009), will teach a workshop on one of Trisha Brown’s masterpieces, the seminal work “Set and Reset” (1983). Each morning, a Release Technique class lead by Sánchez Ruíz will prepare you for the understanding of the basics of the material. In the afternoons, we will learn the repertoire phrases, practise them in an improvisational setting and reset them. The entire working process will culminate in a public showing as part of Sommer Tanz Workshops. Both workshops as well as the Release Technique class can also be booked individually.
The piece is based on technique and rules to create structure. A physical state of research, muscle memory, individual venture transformed into a larger group endeavour, developing partnering ideas, body articulation, relationship with time, familiarity, choreographic choices made from vocabulary.
Sánchez Ruíz’s class has been an investigation in release technique for the last ten years. Focusing on the importance of being grounded, dancers work with initiation and arrival, visceral and organic movement. The technique training is about understanding the shifting of weight, clarity of movement, attention to detail, precision and dynamics in a multidirectional approach. In preparation for the repertory we will work on partnering exercises featuring off- and counter-balances and light dependence weight.

In the frame of Open Spaces#2-2016 the workshop participants present a "Workshop Showing". 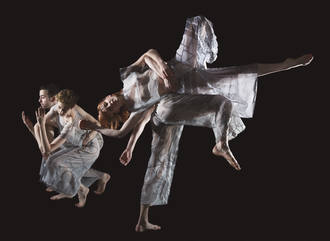