Life is the opportunity for pleasure, but shame and guilt close us down. Voguing and stripping* can re-open us up. These two gendered dance techniques form the core of my solo "The Principle of Pleasure". Through studying these dances I discovered non-normative ways of thinking about gender, sexuality, pleasure and intimacy. In this 3-day workshop I will guide you technically, imaginatively and somatically through both dance styles. We will take on and discard various gendered behaviour in order to find and express untapped areas of our personalities. You will be encouraged to reach beyond your perceived physical and mental limits. Come with an open mind and leave with a freer body!

*here 'stripping' is intended to mean the dance form, rather than the act of getting naked

In the frame of Open Spaces#2-2016 Gerard Reyes presents the performance and premiere "The Principle of Pleasure".

Gerard Reyes is a dancer, choreographer and teacher living and working between Berlin and Montreal. He studied vogue in New York with a number of internationally-renowned master teachers including Leiomy Maldonado Mizrahi,  Benny and Javier Ninja, Jose Xtravaganza ("Paris Is Burning"), Justin LaBeija, Edwin Revlon, Danielle Polanco and Archie Burnett. Gerard has taught voguing workshops in cities across North America and Europe. In September 2015 Gerard premiered the full-length version of his solo THE PRINCIPLE OF PLEASURE at Théâtre LaChapelle in Montreal. Excerpts of this piece have been shown in Porto, Toronto and New York. In addition to voguing, he has trained in contemporary, ballet, hip hop, pointe and heels. As a dancer, he has worked with many acclaimed choreographers including Marie Chouinard, Benoit Lachambre, Bill T. Jones, Noémie Lafrance and Luther Brown. Gerard earned his BFA in Dance from Ryerson University in Toronto. 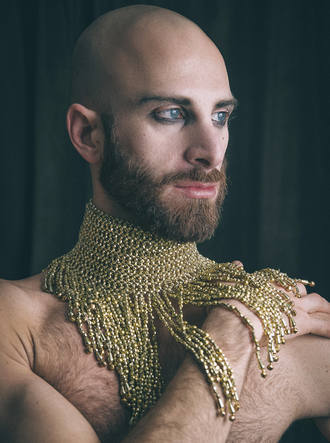