Ex-Forsythe dancer and choreographer Amancio Gonzalez is currently member of the Dance On Ensemble. He will teach a ballet class which includes small elements of improvisation, encouraging dancers to develop a heightened level of awareness of the space and the people around them. Looking for new ways to work one’s body and for a useful transition from ballet into improvisation.

Amancio Gonzalez, born in Portugalete in the Basque Country, Spain in 1967, began studying dance at the age of 20 at the Estudio de Danza Ion Beitia in Las Arenas, continuing at the Centre International de Danse Rosella Hightower in Cannes. He was a dancer at the Jeune Ballet International de Cannes, the Scottish Ballet in Glasgow, the NAPAC Dance Company in Durban, South Africa, the Rotterdamse Dansgroep, the Reflex Dansgeselschaft in Groningen and the Scapino Ballet Rotterdam. From 1999 to 2005, he was a dancer at Ballett Frankfurt under the direction of William Forsythe and later joined The Forsythe Company. Since 1994, he has been creating his own works, which have been performed at festivals including Torino Danza and the Montpellier Dance Festival. 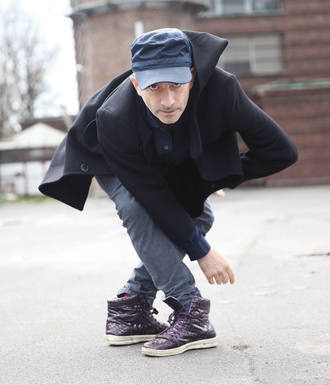