“Sorrow Swag” works to develop a language of sadness and, in doing so, unravels a powerful space for image and sound. The body gives evidence to suppressed anger, the voice of resistance. Employing motifs and texts from theater classics, such as “Antigone” by Anouilh or “Not I” by Beckett, Lewis scrutinizes the canonical practices of racial and gender attribution and juxtaposes a society striving for happiness against the anatomy of melancholy, pulling into focus the other. 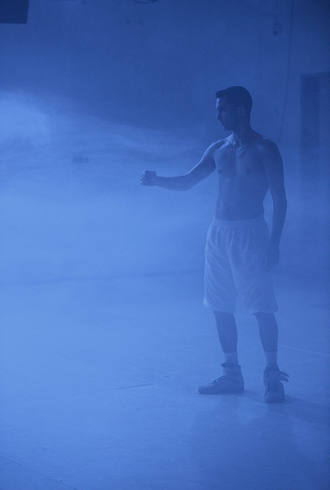