"Time to Meet" is a series of open rehearsals and talks, a space for exchange and feedback for both artists and creative processes. The audience becomes part of the versatile artistic context and is kindly invited to join the conversation.
In December Susan Foster will talk with Deborah Hay and Rosalind Crisp: About exploring the connections between practicing dancing, practicing making dance, and how those practices lead to a particular form of audience involvement.

Rosalind Crisp is one of Australia’s foremost dance artists. Over 30 years she has created a substantial body of original dance work and a method for choreographic improvisation. From 2004 to 2012 she was the choreographic associate of the Atelier de Paris-Carolyn Carlson. She is an honorary fellow of the University of Melbourne-VCA and a Chevalier de l'Ordre des Arts et Lettres. www.omeodance.com

Deborah Hay lives in Austin, Texas, northern Vermont is her home and New York is her upbringing. She dances, choreographs, writes, directs, and coaches. She has an Honorary Doctor of the Arts Degree from the Theatre Academy Helsinki and is an inaugural recipient of a 2012 Doris Duke Performing Artists Award. Her 4th book, Using the Sky is published by Routledge Books and a documentary film, Turn Your Fuking Head, about Hay’s Solo Performance Commissioning Project is now available from Routledge Books. www.deborahhay.com

Susan Leigh Foster, choreographer and scholar, is Distinguished Professor in the Department of World Arts and Cultures/Dance at UCLA. She is the author of Reading Dancing: Bodies and Subjects in Contemporary American Dance, Choreography and Narrative: Ballet’s Staging of Story and Desire, Dances that Describe Themselves: The Improvised Choreography of Richard Bull, and Choreographing Empathy: Kinesthesia in Performance. She is also the editor of three anthologies: Choreographing History, Corporealities, and Worlding Dance. She is currently working on a book about dance and value. Three of her danced lectures can be found at the Pew Center for Arts and Heritage website danceworkbook/susan-foster

This project has been assisted by the Australian government through the Ministry for the Arts’ Catalyst – Australian Arts and Culture Fund. 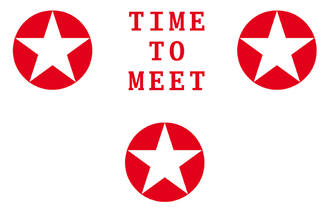