Lina Gómez values continuity in her work, and has collaborated with the same performers for the past two years. During her Master’s studies in Choreography at HZT-Berlin, Lina developed two pieces – "Devaneios Sobre o Desaparecimento -Träumerei des Verschwindens" (2015) and "Staub" (Poeria Surda, 2016) – which constitute the starting point for a choreographic series. Lina Gómez wishes to go further, to develop the next piece in the series: Chão Vazado. In researching for this piece, she draws inspiration from certain rural rituals and the process of transfiguration and depersonalization that takes place in the body due to a deep and primal necessity to connect with the animal, with the earth. The Portuguese word chão means floor and vazado is the quality of leaking, implying that the floor, the earth, is somehow hollow and cannot hold matter. Whatever appears will always leak through and disappear. How will the performers’ bodies and their environment react during this creation process? What kind of new physical and emotional conditions will they have to find in order to keep themselves in continuous connection with the earth? 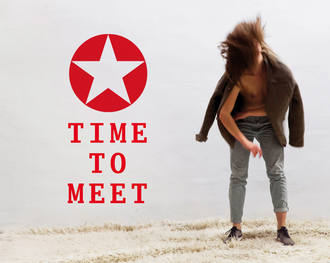