Just after Science killed God we went dancing. We sweated out the doctrines, shook of the normatives, stomped on the old believes. We were meat and bones. We were clashing against each other, taking shapes which normally didn’t belong to our bodies. Blood rushed through our veins like they were highways which could take us to places we didn’t know. Heads about to explode, the world almost falling apart. Science and I would have a chia pudding and she will try to explain it all to me. We would open a church where we would let people get together to shatter the self as they know it. 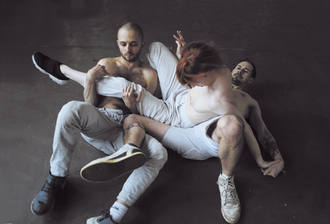