"When you come closer, all my senses are caught by the intensity of your physical presence. When you retreat, the impact of our encounter remains. As the distance between us increases, my focus shifts from looking to imagining. The attention is bridging the space between us." 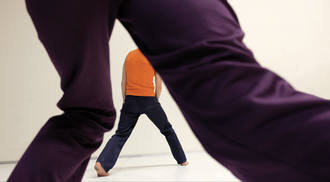