"Is it possible to frame the improviser’s choices and changes systematically?"

Improvised dancing is often described as unpredictable and erratic. Combining concepts from phenomenology, biology, and mathematics with his improvisational practice, Andrew Wass has been researching change and choice-making possibilities in improvised dancing. Can the infinite amount of choice possible in each moment be distilled down to a finite number of options? What is the relationship between creation and critique using such a system? In a tripartite performance lecture, he will be joined by his Lower Left colleagues to illustrate his research from practical and theoretical perspectives. 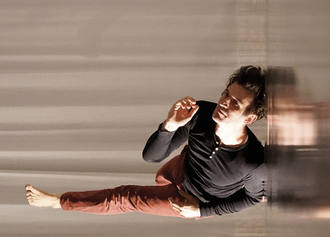