Rosalind Crisp and Susan Leigh Foster began their twenty year association in Sydney in 1997. In this ragged duet they use their sharp wit and decaying bodies to unravel their dancing histories. “Two Gal(ah)s” is part of an on–going process of collaborative investigation into the body and its histories. Rosalind & Susan extend a warm welcome to audience members to look in on that process as it is evolving.

By Susan Leigh Foster, Rosalind Crisp | Produced by Tanzfabrik Berlin | Funded by Hauptstadtkulturfonds | The project is part of Platform East - Berlin & Eastern Europe, a platform for Australian artists and Australian-European collaborations, curated by Rosalind Crisp/Omeo Dance, assisted by the Australian Government through the Ministry for the Arts’ Catalyst - Australian Arts and Culture Fund. 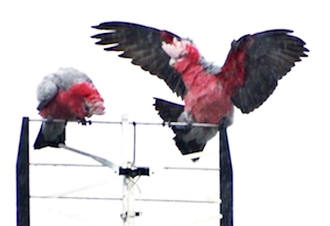