"Time to Meet" is a series of open rehearsals and discussions, a meeting place for exchange and feedback on artistic processes, this time with Felix M. Ott.

'Piano piece' is a performance piece that entwines a duet between piano and the male body. The possibilities of these forms and their relationships to one another are tested, human boundaries explored, always trapped somewhere between frightening confrontation and intimate embrace. Felix’s research began by taking part in Mass /, ‘Archivio Conz’s first public event together with the Performance Agency in the autumn of 2017. A recording that had been lost for decades, recently discovered by chance in the estate of Dadaist Richard Huelsenbeck, marked the starting point of the research. The audio captures artist Rafael Montañez Ortiz destroying a piano with an axe at the London ‘Destruction in Art Symposium’ on 10 September 1966 - a rare document of an art-historically important symposium where the art of deconstruction became visible for the first time as an international trend. 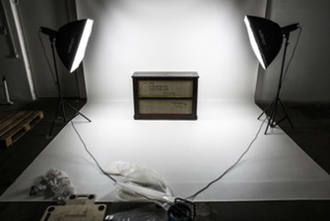