The Chilean born dancer and choreographer Juan Gabriel Harcha presents two of his most recent projects. In Angela Loji (the last representative of the Selk´nam aboriginal group, which inhabited Tierra del Fuego in Chile and were almost extinct within a matter of a few years) he reflects upon European colonial history and takes part in a rhythmical adventure, driven by spontaneous decisions. In this solo, he presents himself as an exotic, explicitly ‘other’. In Tulle Labyrinth, Harcha allows us to glimpse his current research: fascinated by the textile tulle, stable and fragile at the same time, he creates spacial situations with the monochrome fabric which evoke the qualities of a labyrinthine shape. This tulle research choreography enters into a dialogue with sounds and melodies developed in collaboration with the experimental musician Nikola Pieper.

Thanks to: Jana Unmüßig, Max Stelzl, HZT Berlin. Premiere: Angela Loij  at Tanztage 2014. Co-produced by Sophiensaele. Research for Tulle Labyrinth made possible by: Tanzstipendium from Berliner Senat. With kind support by stoff4you 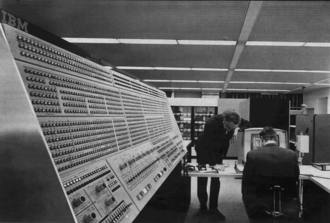