The method of the class is based on improvisation as a strategy for working with inner states, physicality and one's own movement language. It is also based on immediate composing, becoming aware of the presence of each movement in space and time. The practice understands the body as a multisensory body that makes its environment a part of it. This extended body is expressed here through movement, which depends on how one gains space through perception and imagination, as well as through physical dynamics such as gravity. The participants have the opportunity to approach and practice the art of instant composition. A work whose technique and tools are based on kinesthetic consciousness and which deepens the relationship between the inner and outer worlds in dance and performance.

Jenny Ocampo is a choreographer, dancer, dance teacher and mentor based in Berlin. She was born in Colombia and moved to Germany, where she received her dance degree from the Folkwang University of the Arts in Essen. She is currently completing Dance Science at the Freie Universität in Berlin (M.A.). She worked for several years as a solo dancer for the Dance Theatre Company at Theater Münster and was chosen by Pina Bausch to dance Le Sacre du Printemps and Tannhäuser. Since 2009 she has been working as a freelance dancer and, in addition to her work with Hidden Tracks, is realizing her own projects in collaboration with other artists* and theatres of the independent scene in Germany and South America. The works Mirage (2016), Damp Sheets (2017), The Canvas (2017) and S (2018), which premiered in Berlin, are among them. She understands choreography as a natural process in which everything takes its own and natural development, which is a kind of instability and unfolding of the extraordinary character of human actions and emotions. Her method, based on improvisation, links the perception of the inner and outer world to dance and performance. www.jennieocampo.com 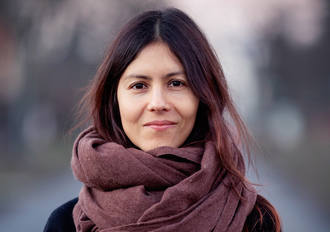