This workshop is designed for the participants to discover and develop their own movement based on Kinetic Force Method, which Umeda has been researching and developing. It is not a dance style, but a method of how to move your body. The practice of the method is divided into three stages: The first is standing in the neutral position by understanding two kinetic principles – balance, which becomes the basis of movements, and tension and release, which generates all the movements. The second is moving in harmony with the natural forces. In the method all movements are generated by adapting the body to the natural forces existing in the environment, such as gravity and centrifugal forces. The third stage is to develop flow using the surrounding natural forces. A mover does not attempt to generate a pose or pause by defying and controlling the gravity, but rather strives to develop a flow with the surrounding environment.

The workshop takes place in cooperation with Tanz im August.

Hiroaki Umeda, choreographer and a multidisciplinary artist, recognised as one of the leading figures of the Japanese avant-garde art scene. His subtle yet violent dance works such as »Holistic Strata« (2011) have toured in over 150 cities in 40 countries. As well as solos, he has also created works for companies and festivals around the world including GötenborgsOperans Danskompani in Sweden and L.A. Dance Project in the US. Based on his interest in choreographing time and space, Umeda has spread his talent not only as a choreographer and dancer but also as a composer, lighting designer, scenographer and visual artist. His installations created focusing on physical sensations, such as »Haptic Installation« and »Intensional Particle Dome Installation«, have been presented in festivals around the world. 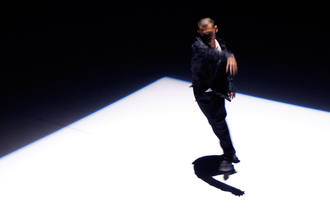