Starting point is the discussion of the aesthetic perception of dance and music. The visitor is invited to enter into a specific situation in which a physical object, a wooden hut, can be perceived from different perspectives and through different sensory levels. The object possesses auditory and kinaesthetic properties and changes the form in which it appears during the performance. A space within a space will be explored, where the balance of the auditory and the visual is negotiated.
“What moves moves” is the second collaboration of the musician Boris Hauf and dancer Christina Ciupke. 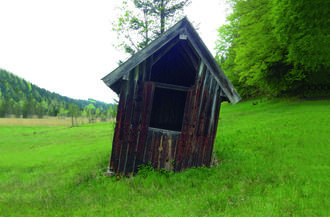