An error is simply a failure to adjust immediately from a preconception to an actuality. John Cage

Failure is something we are ashamed of, we want to hide it, make it unnoticeable. Success integrates; while failure means being rejected by society. But what happens when non-normative bodies come into the picture, opening up new spaces of counterhegemonic opportunity? These new possibilities could mark the shifts of existing configurations by rearranging the hegemonic dominance of the state, institutions and normative politics as alternative ethical views. »Failure as Practice« is a series of site-specific interventions aiming to create different, parallel lines of communality by means of resisting the general valorization of success.

Duration one hour each 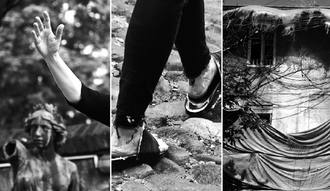