“walk+talk” is a lecture performance format in which choreographers use movement and words to present their personal movement language and the diverse sources from which it derives. The words, however, are not meant to explain, nor is the movement meant to illustrate the words. Instead, movement and language are treated as equally important forms of artistic expression that strengthen one another. As these forms converge with their subject, they strive for synergy, intertwine, and, as a result, produce a choreographic tension. “walk+talk” was initiated by Philipp Gehmacher in 2008. The Berlin edition is produced by Tanznacht Berlin in co-operation with Tanz im August.

By and with: Sidney Leoni, Sebastian Matthias, Maria F. Scaroni, Kat Válastur | Coaching: Philipp Gehmacher | Produced by Tanznacht Berlin in co-operation with Tanz im August. The format walk+talk was initiated in 2008 by Philipp Gehmacher and has been realized thus far by more than 20 artists in Wien, Brüssel, Stockholm and Reykjavík. 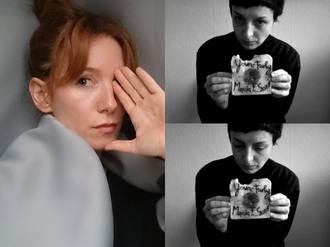