Soon you are theirs

Over the course of last five years, the duo of Schubot/Gradinger, renowned in Berlin and internationally, has developed a very unique and distinctive aesthetic and movement language. With an extreme physicality and radicalness while at the same time in fragile situations of great intimacy, their works continuously confront the question: How can we exist together? What unites all the works is the theme of the dissolution of the body. This remix is the result of a key moment from their most recently presented retrospective at the Hebbel am Ufer. Schubot/Gradinger experiment with material from the successful duets ‘Is Maybe’, ‘What They Are Instead Of’ and ‘I Hope You Die Soon’ and incorporate them into a new work. At the same time, the artists present the work as an offering: a present to the spectators who become part of the ritual themselves. In a gesture of mutual abandonment, new spaces of sound, time and body are created.

A Jared Gradinger & Angela Schubot production. In collaboration with: HAU (Hebbel am Ufer).Supported by the Berlin Major’s Office – Chancellery 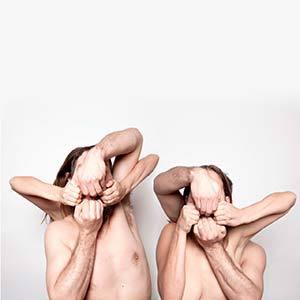