The project »Twists: Dance and Decolonialtiy« is systematically addressing questions regarding the impact of colonialism on dance and its consequences. Following the example of Tanzfabrik Berlin, ada Studio, HZT and Uferstudios, the artists Choy Ka Fai, Jay Pather,  and Lia Rodrigues, consider existing and persistent instances of hermetically sealed hegemonies, racism and exclusions in the production of dance. Deeply aware of the dangers of decoloniality as a trend, this research intensive approach aims to be rigorous and critical. The project brings together current knowledges from a wide variety of disciplines and is composed of multiple workshops, field research, a symposium as well as a publication. Aiming to be accessible, direct and interactive as well as sustainable one of the project’s final outcomes will see the development of manuals. These will serve as a source for the various impulses and findings to be transferred to wider publics engendering discussions towards an ethically responsible approach to international entanglements in the field of dance.

The Symposium of the project Twists: Dance and Decoloniality, planned for November 7th and 8th, will not take place as planned due to internal structural problems and the actual Covid-19 Pandemic situation. A restructuring of the project is underway and a new co-organizer has stepped into the project: the Initiative Schwarze Menschen in Deutschland Bund e.V. (Initiative of Black People in Germany).
In the last few months, while implementing the project as planned, Tanzfabrik Berlin and the curator Sigrid Gareis – both responsible for Twists - had to acknowledge that a decolonization process needs much more time for the profound treatment of structural racisms in our "white institutions". It became clear that blind spots and structural exclusion mechanisms that Twists wanted to address were reproduced within the project structure – which also led to a member of the artist core group leaving the project.
As a consequence, Tanzfabrik Berlin started a process to illuminate its own deficiencies on several levels levels accompanied by different mentors and supervisors.
At the same time the participating artists (Choy Ka Fay, Jay Pather, Lia Rodrigues), scientists (Silvy Chakkalakal, Sophie Schultze-Allen and Laura Strott) and Sigrid Gareis decided to plan together with the Initiative Schwarze Menschen in Deutschland Bund e.V. a marathon format of "radical listening" to BIPoC positions in dance in order to make the general demands, wishes and expectations of non-white dance professionals clear and public. The Workshop series will be continued.
The realization of the project will now be extended through the whole of 2021. We will keep you informed about the new formats, schedules and plans! 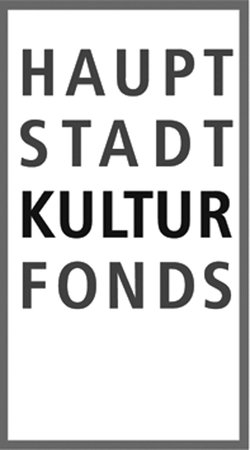